When Roommates Break Up, What happens to the lease ? 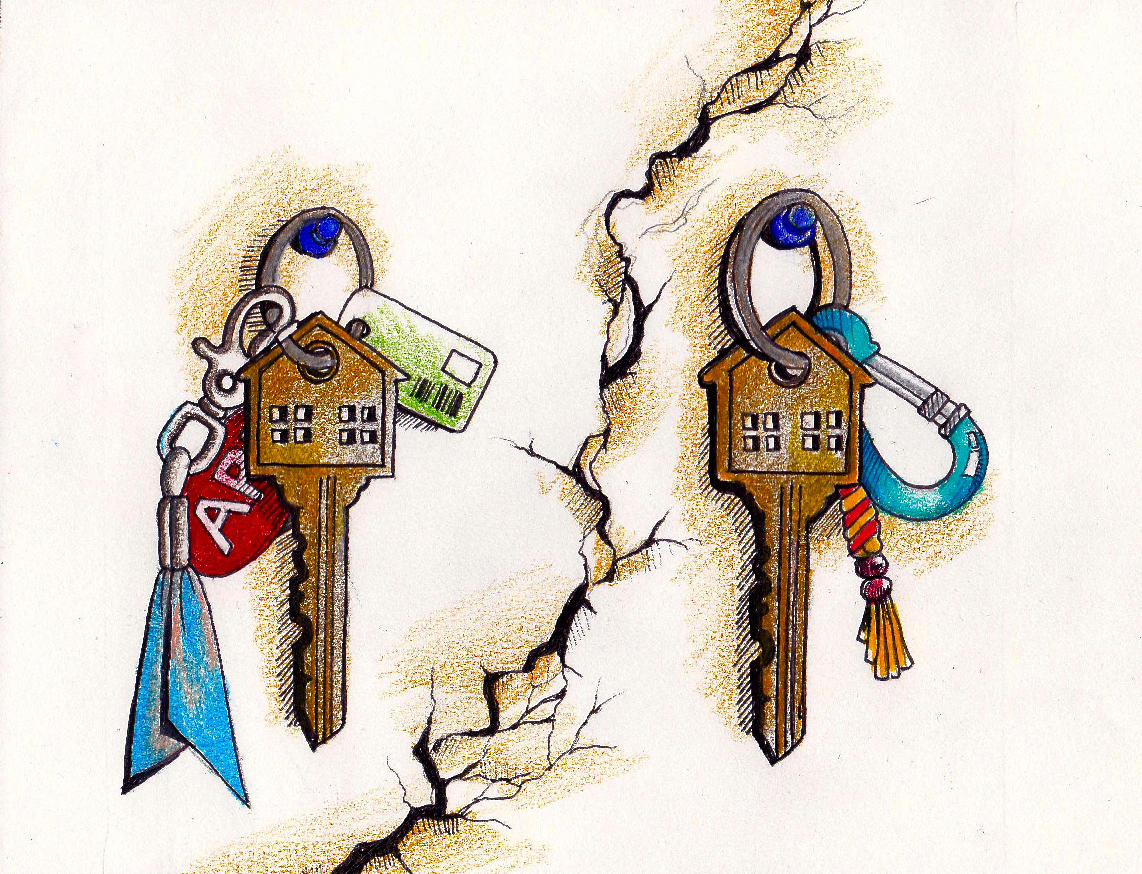 Back in the 1970’s it was unheard of to rent apartments or homes to unmarried couples. Roommates were one thing, no one raised an eyebrow at two college students sharing a flat, but in truth, most rentals were singles or families.

Fast forward to the 21st century. Now days, unmarried couples sharing a house or apartment are a large part of every rental portfolio. And we often see three or four adults pitching in together to rent a home that is larger and more luxurious than any of them could afford on their own. Everyone’s income goes into qualifying for the home and it is often a win/win for roommates or couples trying to save money to purchase homes of their own. It is great for landlords too, often allowing them to rent larger homes that might otherwise languish on the market. No one thinks a thing about it, that is, until “the Big Split”.

You guessed it. One person decides to leave and things get sticky . Maybe the roommates don’t get along now that they are living together. Perhaps, in the mist of a new romance the couple did not realize that he is a neatnick and she is a female version of Oscar Madison. The number of reasons that the tenants go their separate ways are monumental, but, for whatever reason, one of the tenants has decided to move out. The first call the property manager gets is “ Hi, this is Theresa from 111 E. Holly Dr. I just got a great job offer in San Francisco, so I moved over here two weeks ago. The other guys want to stay in the house, but I need to get my name off the lease. How do I do that?”

This is where the conversation goes from happy to not quite so happy on the part of the tenant. I have to remind the caller that when we signed the lease on the home, I had explained that it was a legal document, and they were agreeing to pay the rent for one year. Not just until a new job in a great place like San Francisco came along. I had also explained that each and every tenant was fully responsible for the 12 months of rent if any or all of the others defaulted.

So now, the question is whether or not the remaining tenants will be able to pay the rent without the bird who flew the coop. If so, there is no problem. At least not for the property manager or the owner. The remaining tenants might decide to take their runaway roommate to small claims court to recover that person’s portion of the rent, but this rarely happens. If the remaining tenants are unwilling or unable to fulfil the duration of the lease, then legal action will be necessary.

No matter how compelling the reason the absent tenant gives for having left, (other than domestic abuse or being deployed by the military, both of which have their own set of laws) it is very important NOT to release the absent roommate for two reasons. If you do remove them from the lease, you could face a lawsuit from the remaining tenants, as they had the reasonable (and legal) expectation that the rent would be split by all of the original tenants. Secondly, if the remaining tenants do default, by keeping the absent tenant on the lease, you have one more person you can legally recover unpaid rent or damages from. You owe it to your owner to maximize the chances of recovering the outstanding debt by keeping all parties right where they belong. Firmly on the lease.

For ADA assistance, please email compliance@placester.com. If you experience difficulty in accessing any part of this website, email us, and we will work with you to provide the information.
Residential Real Estate Broker | Phoenix

Sign Up
Already a User? Sign In
You have been successfully registered
Please check your email.
Go to the homepage
Sorry something went wrong
Please try again.
Try again

Tell Us a Little About You

We promise not spam you and you can always unsubscribe if you find little value in our content. Thanks
Already a User? Sign In